Metaphors and their use in the Christian bible: Research paper 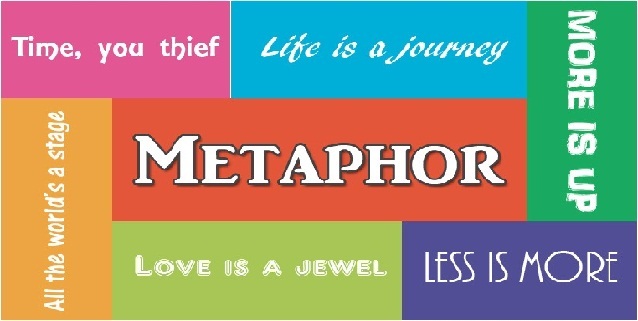 Thesis papers, essays and dissertations have been written on the parables of the bible and their possible meanings. Below is a custom paper on the metaphorical meaning of some passages of the bible. You can get such and other exegesis papers from this reliable writing service.

Metaphors are the imagery representation of what is being stated through a descriptive statement that would easily be related to by the intended audience. Such statements are common throughout the  Bible. Deliberate statements in the Bible bear so many metaphors. For better understanding of the Bible, one has to look at the deeper means that line behind every statement that is made in the Bible. The paper will look at the book of John as a reference to some of the metaphors that have been used and expand on the better understanding of what John had meant to tell his listeners.

Metaphor is understood as an expression defining a person, object or a statement that is referring to something that someone may consider having similar characteristics to a person or an object. In a simpler language, a metaphor is a statement that goes to show the similarities that exist between the words used and the intended message behind the words. In the book of John, the words bread of life, a good shepherd, and light of the world have been used metaphorically. To best understand the meaning of these metaphors, it would be required that one examines the extent to which the words were used in this time and era (EVS).

When the book of John starts, it introduces the concept of Jesus and the word. The book of John is all about the son of God and his influence on the nation as a whole. Examples of the metaphor would be the use of the “Lamb of God” (John 1:29, 39) as a direct representation of Jesus. The Passover lamb would symbolize the death of Christ, which took place on the Passover. It is a reflection of the words of Isaiah of the suffering servant going to the cross like the lamb to the slaughter. It was common back then that lambs would be used in the offering for the forgiveness of their sins so it would make much sense that it would be the holiest symbol to the image of the son of God who was taking the sin of man. Another example would be the use of “lifted up”(John 3:14; 8:28; 12:34). It is a reflection that would best fit the crucifixion of Jesus or the returning of Jesus to the father. During this time, the use of the word the “bread of life” would have made so much sense. The Jews would remember the manna that they were given in the desert as a bread of life. They had survived through this miracle bread for the forty years they had spent on the desert, and it was a direct link to having gotten life through its consumption. That bread that had been their source of lively hood and was provided by God would have made much sense if it had been used in the sense that it was about the son of man. The way in which the word points to the talk Jesus has with the Samaritan woman and the way in which he uses the same literature style in talking with Nicodemus show the use of this skill in the book of John. To the Samaritan he refers to himself as “the water of life.” To the woman, the water of life would quench thirst for the gospel and the word of God that she desperately wanted to have. To Nicodemus, the word he gets from Jesus is a metaphor that has been given in regard to a child being reborn. It has been used to refer to the receiving of the word of God and salvation. The Bible and the book of John specifically have so many references to the use of metaphors.

John uses this set of skills in ensuring that the message delivery is as per the intended purpose. It is interesting that the book of John has always been different in its presentation of issues concerning the works of Jesus, unlike the other gospel books. It is the style that the author had employed that makes John seem to fill in the blanks that existed in the books of the Gospel. His use of metaphor would show that the author has the intent of relating to the audience and better presentation of the message to the people. It has made the gospel that was being propagated by Jesus and his disciples much easier to understand. It has also created events that transpired in the evangelistic of the gospel to be better understood and related to what was being passed across through such messages.

Would we use the same metaphor today? The messages stay the same, and the intended messages are still being interpreted by people in that same manner. So yes, metaphors can still be used as they were used back then. The history remains with humans, and the feeling that was present than when such metaphors were being used are still present today, and so they can be used perfectly in relation to such messages. What are the implications of this teaching for you and your future? The future means that the fulfillment of such teachings is near. The fact that this generation did not see the death of Christ or witness the crucifixion of the son of God does not rule out the impacts that such events have on the daily lives of Christians. The Lamb of God is a metaphor that now would not be applied in the sense that there are no more lambs being slaughtered in clearing one's sins. However, is so many ways it is still applicable in the sense that the history of its significance is still fresh in human beings' lives. So yes, the significance of such statements would make sense even in this generation and time.