Do a Paper on Richard Dawkin’s argument concerning God

Write my paper on Dawkin’s The God Delusion? Existentialism and existence of god are topics debated in custom written papers that students order from online writing services. There are many arguments open on the internet that a writer could copy and bring plagiarism to your paper. However, you can have an original custom essay written with no plagiarism on existence of god and existentialism on legitimate writing services. The following is a overview of Dawkins perspectives on existentialism. You can however have a paper on Plato, Socrates, Aristotle, Aquinas, Hume, Kant, Descartes, Bertrand Russell, and many other thinkers written by an expert here. 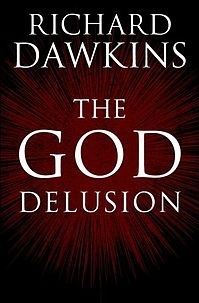 The arguments that are presented by Richard Dawkins’ concerning the existence and the absence of God bring a different perspective to the argument that has always been presented. In the fourth chapter of The God Delusion, he offers a series of evidences that would present an argument as a certainty in the non-existence of God. He argues that as supposedly shown, the ultimate existence of such a supernatural being with the power to comprehend and be responsible for the whole universe is so complicated and unrealistic. To him such a supernatural being would have an immense degree of complexity that is only measurable to the whole universe. To him things that are that big are statistically impossible or should they exist they need an explanation for their existence. This is something that is not provided concerning the existence of God as a supernatural being.

The whole argument that is given is set on the grounds of complexity and statistics. In his explanation he offers two sets of arguments that are presented in support of his arguments. He presents a hypothesis that would be involving a designer that tries to explain the complexity that exists in the supernatural being that would have the power to create the universe. The other hypothesis is in support of the existence of the universe from the simple origins and principles until it attained its complexity.

It would be prudent not to see sense in the way he presents his issues. His reasoning is justified and well placed as far as seeking the right answer concerning the existence of God. It is true in all levels that God is supposed to be the provider of all the answers concerning the universe. The existence of God would be the provision of the ultimate answer to all the questions concerning the organization and the geographical positioning of the solar system. Such complexity in the human nature and the creating of a certain being would surely require a complexity of some sort. So yes, his approach in finding the existence of such a supernatural being is well placed. His approach concerning the statistical realization of such complexity is also well placed. The fact of the matter would not offer an opportunity for the existence of such a supernatural being. In approaching issues to find the reality of issues one, has to give the reality as it is before addressing it as a spiritual point of view.

His questions are however correctly put. He asks for the statistical explanation of the existence of such a supernatural being. He asks the most fundamental question. How come it be possible that such a being would exist and fail to have a recorded reasoning of such an existence. He wants to bring into existence the very idea of how he has the power to bring into existence of such a complex universe, but fail to acknowledge the simplicity with which he came into existence. This is a complex universe, and if it requires that a supernatural being comes up with its very existence would mean that they should be able to provide a simple explanation of their very existence.

He talks about the very essence of such an existence being wrongly placed since statistically such a supernatural being does not exist. Morality to him is a choice that is made on grounds of choice and not a religiously influenced area. He holds the reasoning that life is not only within the labels that people are forced to walk with every day. Religion to him has turned everything into more than just a simple black and white that it is made out of.

The ideas of Dawkins to some people would be offensive and misplaced. Too many religious leaders feel that it brings to earth those issues that they consider unanswered in the Bible, and brings animosity towards religion as a whole. To them it offers no solution to these questions instead provide questions with no tangible answer to the religious. The questions the anecdotes are well set and the explanations that he offers are also well within the required knowledge that any religious or believe in the existence of God ought to know.