Write a paper on euthanasia: An essay

Euthanasia is among the most debated issues in academic institutions such as university and college. Debates on euthanasia start at high school where students are required to write research papers on the topic. Argumentative essays are the more common papers on euthanasia at any level from A level to college and to doctoral level. You will find masters papers on euthanasia being done by online custom writing services. You could be looking for a reliable and legitimate writer to “do my paper on euthanasia”. Expert writers here can do any paper on ethics, including arguments on euthanasia as discussed by various philosophers such as Kant, Hume, J.S. Mill, Descartes and many other philosophers.

Euthanasia is a highly debated and, at times, a controversial topic in the society. The debate is even becoming more evident with the passage of time, partly because there is ambiguity about the ethics on the care at the end of the life. Euthanasia traditionally means “good death.” However, in the recent past, its meaning has changed and it is generally interpreted as a death free of any pain or anxiety, generally brought about with the help of medication. More recently, euthanasia has come to mean “mercy killing.” In other words, euthanasia is putting an end to a person’s life so that he/she could be relieved from pain, chronic illness, or suffering. 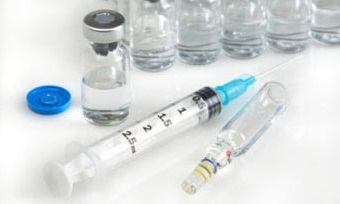 Active voluntary euthanasia represents a situation in which a third party intervenes and ends the life of another person at the request of the other person. The subject being injected with a lethal substance, for example, a large doze of morphine or potassium chloride, mostly achieves active voluntary euthanasia. The term “assisted suicide” means a scenario in which a third party helps another person to terminate his/her life. The practice of a medical practitioner providing help in ending life of another person is known as “doctor assisted suicide.” Doctor assisted suicide is mostly achieved through a condition contained in a script for using lethal medication. Many patients that are suffering from terminal illnesses request for life ending procedures when they experience pain, and are faced with the traumatic loss in quality of life.

Origin of the terminology “Euthanasia” is complex and not easy to trace. The interpretation of “good health” may imply that it was either Greeks or Romans who initially used the terminology agreeing on the basic issues. Residents of Athens, with official permission, could obtain and use a dose of poison allowing them to choose death as an option. Romans did not punish those who attempted suicide, but only when they were regarded as irrational. Another opinion, contrary to these observations, is that Pythagoreans condemned euthanasia as they based their disapproval on the spiritual belief that only God had the authority to take life. This dichotomy has prevailed throughout the known history.

At various times and in several nations, there were people who supported the right of a person to die. A segment, however, always argued that assisted suicide or euthanasia, for different reasons, were dangerous and should not be allowed legally. History confirms that civilizations, throughout the world, have addressed these complicated issues in a variety of ways similar to the contemporary communities continued to solve them today. The advancements in technology have enabled medical professionals to treat patients in ways that were regarded as impossible even a generation earlier. New technology developed through the ages has created unanticipated issues that each society has worked to resolve.

There exist several arguments that are presented either in support or against euthanasia. Both sides of the argument present views that make it difficult for someone to pick a side due to the validity of the views. Each side appears to have views that make sense on why euthanasia ought to be allowed and why it should not be allowed. Views that are in opposition of euthanasia are humanitarian, Hippocrates oath, legal and religious, while views that are in support can be summarized as relief of intolerable pain, freedom of choice, enhancement in the quality of a patient’s life because of incurable and painful disease where cure or palliation is not feasible, euthanasia can become a means of health care cost to free up medical funds, and individual autonomy and self-determination.

Proponents of euthanasia have taken different moral and ethical positions offering arguments to support the practice. This segment believes ending life at the exclusive request of a person is not immoral being his/her fundamental right to decide. Those advocating for euthanasia argue that ending life could be justified in special circumstances only when there exists conclusive evidence that a continuation of life is more painful or harmful to a person compared with dying. Opponents, on the other hand, argue that ending life, without the will of God, is unethical in the contemporary society because of insufficient practices allowing for a fair and just practice of euthanasia. The beliefs of opponents is primarily based on two considerations that ending life is unethical as it violates; the basic right of a person not to be killed, and the moral principle that life should not be taken deliberately or intentionally.

People, at the critical moment of making end-of-life decisions, at times depend on religious beliefs to assist them confront their fear or provide strength for dealing with this serious challenge. Even some people who earlier had no religious beliefs sometimes turn to religion hoping they can face the issues surfacing during the dying process and at the end of life. Religions help guiding people and offer laws to those facing end-of-life decisions.

Just like abortion, Euthanasia is a controversial topic among Christians. There is no general consensus in the modern world about the legality of euthanasia. Despite lack of a general consensus, most of the Christians believe that every person should be allowed to live and die, in dignity and that life is God’s gift with great value in it. All of the Churches that took an official position to disallow euthanasia have shown varying levels of certainty and for different reasons.

The Methodist and Baptist Churches agree that both euthanasia and abortion revolve around the similar issues of who has the right, in the end, to take human life. The Church of England has established two key points regarding euthanasia. First, the sacredness of everyone’s life is one of the most important Christian beliefs. Secondly, physicians do not have to do everything to keep a human being alive despite the fact that there are apprehensions about quality of life. A statement issued in the year 1992 emphasized that critical decisions regarding life and death of a person should be made with the consensus of everyone involved. It is the duty of the State as well as a Christian duty to protect the weak and most vulnerable in society, specifically those who may regard themselves to be a burden on others. The Roman Catholic Church has candidly stated its position on euthanasia stating that the practice is wrong because all life is sacred and a gift of God. As such, only God can take the life of a person and humans have no such right. Any act contrary to this intentionally secures the death of a person and is only murder.

However, euthanasia cannot be said in totality as unethical. Both active and passive euthanasia can be acceptable in some cases when certain conditions are adhered to. Kappel observes that doctors should be allowed to perform legal euthanasia when such moral conditions have been fulfilled. People who are opposed to euthanasia should not just view it fully as killing because in some cases, the doctors just allow the patient to die.

Those opposed to euthanasia are concerned that in euthanasia performed is impure and unethical, including ending of life of a patient without consent. This is sometimes true because in the society sometimes people flout rules and regulations. However, existence of such cases do not justify that euthanasia ought to be totally banned. It only requires for stringent measures to be put in place to reduce such cases. People who are found to flout the rules and regulations should be punished.

People who hold religious views seem opposed to euthanasia because it goes against the right to life. They are opposed to patients requesting the doctors to terminate their lives in case of serious illness because they see this as in opposition to widely held belief that our live are in the destiny of God. Opposition to euthanasia see people as taking advantage of euthanasia to use it as possible technical fix for suffering, disability, indignity and the epitome of the belief that we can control our destiny. People may sometimes abuse the use of euthanasia, although rarely, since it is administered by qualified doctors only if a treatment is futile.

Medical advancements play a big role in ensuring that people live longer, but sometimes we have to concede that everyone at one point has to die. Medical advancements should not be used to prolong the suffering of patients, and then they eventually die without recovering. In most cases, assisted suicide is often viewed as the most logical case when a patient is faced with this situation.

Those opposed to euthanasia ought to realize that people have the right to live and the right to die. A person should be able to determine when he/she wants to live and die. Human beings have a right to self-determination, which includes making a choice when to die.  Those opposed to euthanasia, however, do not agree with this because of ethical and moral reasons. Some believe that if such powers were to be left to human beings, the world would be spoilt, and that is why God chose to make the day of death a secret. However, in some instances, human ought to be allowed to make decisions concerning his/her death. One should not be denied his/her right to die even when circumstances show beyond doubt that he/she is not going to recover from his/her illness.

The paper has discussed the concept of euthanasia based on research of sources available in literature. Euthanasia is putting an end to a person’s life so that he/she could be relieved from pain, chronic illness, or suffering. Ethical views of both proponents and opponents have been presented. The religious stance has also been presented in the paper.