An essay on Residence in the City 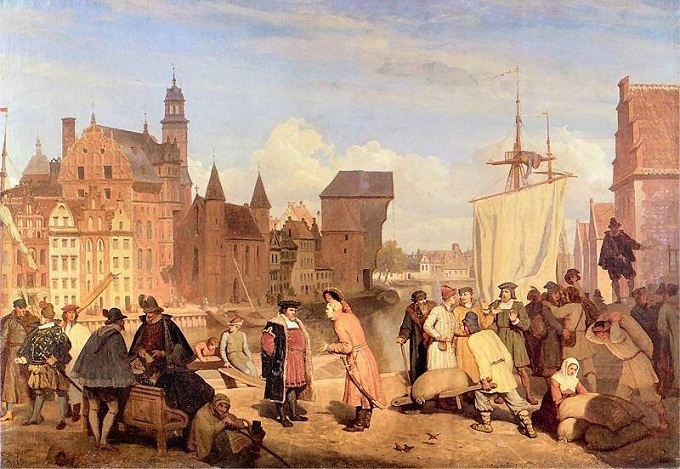 Cities are an attraction to many people in the rural areas and other slowly developing cities. The availability of good job opportunities, health facilities, educational facilities, and markets are some of the pull factors towards the cities. However, the influx of the migrants into the city portends to the inadequacy of housing units for the people who have moved to them in search of different facilities. Consequently, the inadequacy leads to the rise of suburbs and shanties that are not hygienic and not fit for the upbringing or habitation of human life. On the other hand, when it becomes unfit for the people in the cities to afford proper housing, they resolve to live in institutional facilities and public settings. Therefore, this paper focuses on the increased issue of lack of housing facilities for people in the city.

Laborers and workers in the cities and other urban dwellings are entitled to a place to rest, have food, and get monetary resources for their upkeep. It becomes the function of the city to plan for its inhabitants with an emphasis on the numbers that the city is expected to sustain. However, the number of inhabitants in any city can change owing to the lucrative opportunity that acts as a pull factor for other workers in various regions. The functioning of cities directly reflects the housing facilities that are available for the public who reside in the cities. The provision of proper hygiene, health, transport facilities, and the education of the inhabitants of the city are an obligation of the city management body. Over time, these needs have not been met as the number of people living in the cities continue rising with the rural-urban migration, and urban-urban migration. With good health facilities, education, and job opportunities, more and more persons move from the rural areas where they are unable to access these services. These pull factors attract the masses into the cities at an unequal rate denying the city administration the opportunity to plan for the surplus population. With the augmented number of people moving to the city, the housing plans are interfered with, resulting in a shortage of facilities for habitation. As a result, the surplus of population opts for the areas where they are not asked to pay before they access the facilities. On the other hand, cities are planned with a given capacity of the people who are to reside in them. Therefore, when the number is higher than the planned for, the additional population is forced to find a way to secure shelter and housing for themselves and their families.

Additionally, with the changes in the market and economies of the world, residents are obliged to pay an increased amount of rent compared to the rural areas. With time, the adjustments become unbearable for people who have no source of income that can account for rent. Changes in the rents for the houses of residence have become a drive towards the increased number of people living in institutional setting or public places where they are not to pay for the facilities. The living standards in the cities are comparatively high compared to the rural areas, which is based on farm products and other primary activities. These activities being less costly, the people in the rural areas get to raise enough amounts for their daily lives. However, the city life, which is an industry-based economy, depends on monetary values as a driving factor. The ever-growing economy rates in the city reflect the increment of the rent and other living necessities.

Persons who have moved to the city in search of a change in lifestyle are not guaranteed a job opportunity. Joblessness and poverty are interlinked leading to the deterioration of the living and health standards in the cities. When people are unable to earn waging high enough to pay for their rent and upkeep, they opt for additional ways through which they can secure a roof to live under and a basis of food. Over years, the increased number of unemployed persons in the city has led to the development of housing strains. The jobless are unable to pay for housing facilities and opt for shanties or public settings where they pay less or no rent for their stay. Therefore, to survive in the city, they have to depend on the public settings where they are offered housing facilities freely. Abandoned warehouses, hospitals, and schools form the housing facilities that are inhabited by the jobless and the poor. Furthermore, workforces for the industries in the city who are mostly manual laborers are less likely to get house allowances. Therefore, they are forced to pay for their houses and at the same time provide for the other amenities for the family, which is a strain for an average or low-income earning worker.

Another reason for the increased number of people living in the institutional settings and public areas is the income they receive in their areas of work. Most of the people from the rural areas and other developing cities lack the credentials to secure work in the offices; as a result, they are given manual labor. Manual labor does not provide enough funds to help support a family and at the same time pay for the mortgages. Therefore, to support the family in terms of food, they are forced to move to the facilities where the costs are less expensive and affordable for them. Unlike the less developed regions, cities lack low-costing houses, which manual laborers would be satisfied paying for and providing support for their families. Most of the people who move to the cities lack the expertise required in the industries and private organizations. Some are unskilled, while others lack any experience to perform any task; therefore, they are exploited for manual labor and, in turn, paid poorly for their services. The meager earnings deny them the opportunity to satisfy human necessities and pay for their rents. They, therefore, deny themselves the pleasure of paying for rent for their houses and opt to satisfy other needs such as education and health.

Social segregation based on the economic values of individuals acts as another reason that has increased the number of individuals living in the institutional settings and public spaces. The onset of social segregation in the cities follows the differences that people have in terms of the income levels and the status of living. The well off families live in different settings compared to the families that earn average or low incomes. When houses are given to the rich and wealthy without the consideration of the poor and less fortunate, a number of residents are forced to find places where they can live. As a result, they are obliged to live in abandoned buildings or public facilities as they are unable to afford the rent. Social segregation is part of the bigger issue, which is ethnic segregation. Minority ethnic communities who are considered immigrants into the cities are denied the opportunity to live in the same conditions as the majority. Consequently, their inability to get a permanent employment leaves them with no option but to seek accommodation in the public settings. On the other hand, to cover for their health and education for their children from the meager wages that they earn, they are forced to seek housing in other places where it is affordable.

World cities are control centers for a number of activities from the market, economy, health, education, and industrializations. Technology advancement and leadership emanates from the cities as it spreads to the other regions. As a city develops, it creates an opportunity for many others to secure a job, expand on their skills, and further their knowledge on different practices. Governance and leadership form the functions of the cities with the headquarters of the functions based in the cities. Trade markets and industries that depend on the raw materials from the other regions are all supplied to the cities. Cities, on the other hand, provide for the job opportunity that forms a primary factor for the increasing number of people who move there with the hope of securing employment with good payment. Therefore, the cities form a central point of organization and operation for every sector of development and organization. The development and command centers for the global world are in the cities.

You can have your paper on cities and urban growth written by our experienced writing help experts. We do you paper in less than 24 hours and can complete urgent papers in 8 hours or less.