Identify the most productive fishing grounds around the world and explain four factors that account for declining fisheries and recommended four sustainable fishing practices. 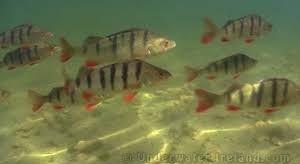 The major fishing grounds around the world are; located around cool waters of the northern hemisphere. Traces of commercial fishing are a little developed in the tropics and a little in the southern hemisphere. The best fishing ground, however, are located above the continental shelves that are not more than two hundred meters below the water surface. Conditions that would be favorable for the growth of planktons. Planktons are common in areas with polar waters. That is to say in areas that cold and warm currents converge. Temperature is also a factor to consider. Marine life is most favorable in temperature that is not more than twenty degrees. Four of the world’s most productive fishing grounds would include the Northern-east Atlantic region, the north-west Atlantic region, the north-west Atlantic, and the north-west pacific region.

The northeast Atlantic region extends to the Mediterranean shores from Iceland. Here fishing is done in an organized manner by most of the European countries. These would include Norway, Denmark, Spain, Iceland and the United Kingdom. Fishing goes on all year round, and the most exploited area would be the Dogger. The north-west Atlantic region is another fishing area. It runs from the Newfoundland to the New England states of the United States of America. It is traditionally the world’s richest cod-fishing region. It borders Canada and the United States. The Northwest Atlantic is located 45 oN to 55 oN, with the Labrador Current and the warm Gulf stream converge. The temperatures favor large-scale commercial fishing and also preservation of fish. It is an adjustment to Alaska and California. The north-west pacific region runs from the Bering Sea to the East China Sea. Japan leads in the catch in this area followed by China, North and South Korea and eastern Russia. It is considered to be the world's greatest fishing area.

Factors that account for declining fisheries can be categorized into human effects and natural effects. The human effects would be over fishing. Some years before the shift to the new world the codfish was in large numbers in the eastern shores, and that was among the reasons for the migration to America. However, years later the number of codfish in the areas has been depleted and it is forcing the government to step in to intervene. The discovery of oil on the seabed and the extractions has led to oil spills from both the drilling and the transportation of the oil by sea. Millions of species are affected by this spill, and the results are extinctions and the reduced fish in the productive fishing areas. Climate change has also had its impact on the population of fish. With changing wind currents and global warming effects the number of fish in the shoreline tends to reduce. It has affected water temperature and in turn caused the fish to migrate and also changed their natural breeding sites. This has lead to the reduced number or amounts of fish in the area.

There are various recommended sustainable fishing practices that are being encouraged by different governments and institutes. Practice of carbon conscious fishing. That is to say that fishermen need to take care of the amount of carbon they are emitting into the sea. Watch the fuel tanks before they embark on a fishing expedition so as to avoid oil spills. Use nets that are carbon free so as to avoid polluting the environment should the nets bust during fishing. They should try and practice cash and release. That is to say they know anything that they would consider to be valuable catch and release anything that is considered to be the unnecessary catch. The fishermen need to account for everything that they go with to sea. This way they avoid polluting the sea with materials that are not biodegradable and are hazardous to the marine life. Lastly, they should not practice drift-netting, long-lining, and bottom-trawling.