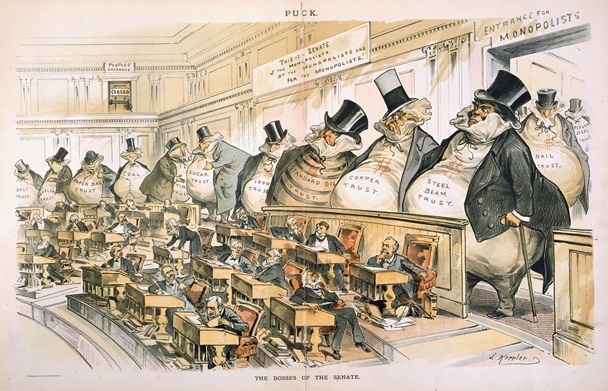 The Bosses of the Senate: A picture depicting corporate greed in the progressive era.

Custom writing essays on the progressive era are often required by instructors and professors in sociology and history. Reliable custom writing websites are there to help you with these assignments.

Progressivism movement in the US flourished between the depression of 1893 and towards the entry into World War I, as Americans grappled to come to terms with profound social and political issues, dislocations that were fashioned by massive industrialization, rapid urban growth, as well as the rise of corporations. A multifaceted, sometimes incongruous fusion of social criticism, popular protest, economic regulation, political restructuring, and social welfare legislation of progressive reforms embodied a vast array of responses to the changes that were taking place in American society. Whereas progressivism in a good measure voiced widespread popular outcry of social and political tensions in the US at the time, World War I exposed and in fact proved that there were indeed issues of race, class/labor conflicts, and debates about capitalism, progressivity, and patriotism that had taken root.

Progressivism movement indeed endeavored significantly to voice the social issues that the American society was facing at the time. Many people protested against the new corporate order that saw a widening gap between the bourgeoisie and the petty bourgeoisie. People joined local traction companies and utility magnates to protest against rising corruption. Progressivism was at the center of these movements with intent to expose the poor working conditions, issues of child welfare, women inequalities, as well as social amenities. The petty bourgeoisie wanted to access clean water, adequate sanitation, recreation centers, parts, playgrounds, pure food, and improved housing and schools. Notably too, in the progressive era, women’s domestic experience that was shaped by realities of middle class domesticity served as a justification for entry into social and political reform.Disparities in gender for example, ignited gender consciousness and progressive women’s thinking about matters affecting them, shaping their conception of reform. 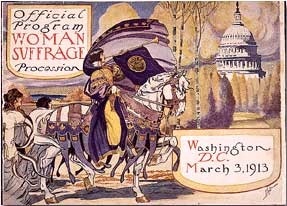 Further, in the late 18th century, America’s enduring tensions on race that had emerged in the colonial period became institutionalized. Development and industrialization were marked by regionalism. Black discrimination had normalized and fussed in the industrial expansion agenda. Racial attitudes were strong than ever and even scientific racism had emerged. For example, American scholars, physicians, biologists, and politicians attempted to systematize outlooks that supported genetic inferiority of people of color. People of color were discriminated in terms of education, work, and places of living. For example, black children were not allowed to attend white schools. Equally, people of color were given manual jobs with poor pay. Moreover, anti-catholic and anti-immigrant issues grew steadily throughout the period. For instance, there were efforts to prohibit the sale of alcohol, restrict the flow of immigrants, and to Americanize newcomers that later fueled anxiety in ethnic America. These racial, class, and labor issues were central to the progressive exposition agenda.

World War I also contributed in the exposition of social and political tensions in the United States. American politics during World War I were obscured by more compelling internal as well as international concerns. For instance, capitalism is believed to be the origin of World War I and the imperial rivalries of the late nineteenth and early twentieth century. The struggle between capitalist groups for control of the world’s resources intensified after the economic depression of the 1870s. The establishment of monopolies had corrupted the free competition, which was the essence of capitalism, and actually, imperialism was the monopoly stage of capitalism. Consequently, capitalists that were dominating the great powers partitioned the world, and as such became the root of war. In my opinion, expansionist capitalism was incompatible with peace by 1914 and political rivalries between powers gave rise to militarism and tensions generated by popular nationalist movements. Secret diplomacy and alliances were eschewed and merely instigators of the war.

The late 19th century (1880-1900) and early 20th century (1900-130) is an important epoch in the history of United States, perhaps because it helped shape the social and political bearing at the time. Notably, racial, class, and labor conflicts that had piled up exacerbated social tensions. By 1917, social and political tensions arising from the onset of World War I were exposed. Equally, progressivism had proved an effective tool for agitating structural reforms and shaping popular perceptions. Therefore, progressivism and World War I indeed exposed the social and political tensions in the United States that had taken root.